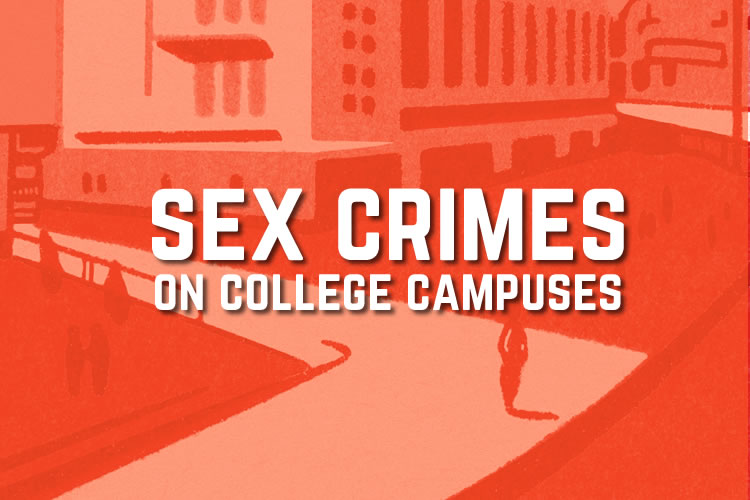 underreported crime. Sex related crimes have become such a problem that campuses have

are more comfortable reporting such crimes when they occur.

federal government, it is questionable just how accurately schools do this. For example, on the

1,670 reported any incident of sex-related (forcible or non-forcible) crime; that means that 9,394

campuses did not report ANY such crimes at all.

That such crimes are regularly occurring on college campuses is obvious. While one student at

Georgia Tech was found to have written and distributed a How-To Rape Bait Email, others,

women in particular, obviously feel the need to write about how to protect yourself from harm

that the campus is a safe place. While enrollment numbers include online students, some of these

when it comes to such apparently clean self-reports.

organizations. While the university condemned this fraternity’s party advertisement it

cannot be denied that such things go on behind party doors.

enrollment is 44,520 students over multiple campuses). This blog on “party life” was

difficult to believe not one sex related crime has been reported to date on this campus.

Which university reported the highest number of sex related crimes in 2012?

Which university reported the highest number of sex related crimes in 2011?

Which university reported the highest number of sex related crimes in 2010?

What type of organizations (private, public, etc.) are these universities?

Next post Maintaining a Healthy Lifestyle in the Workplace