Are There Harmful Bacteria Lurking in Your Food? 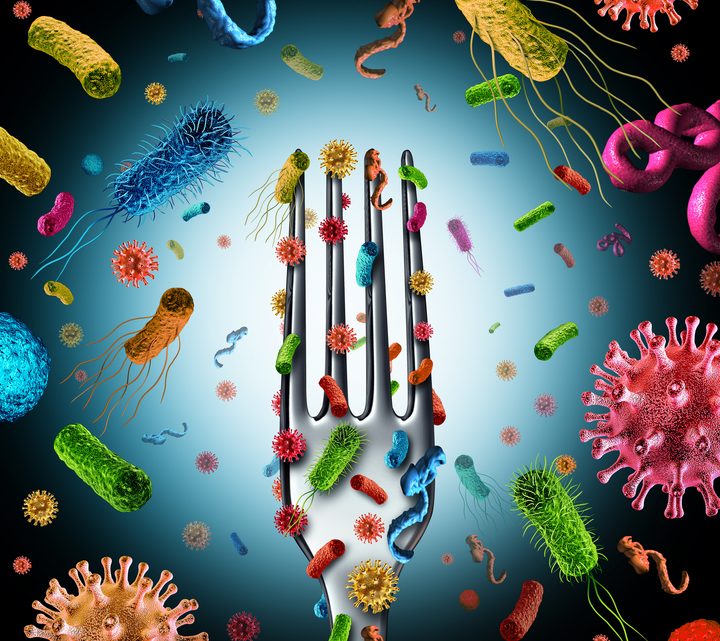 We’ve all been there – eating at a restaurant with a few friends, feeling a little bit weird about the oddly colored chicken, going home with a weird feeling in your stomach and inevitably being horribly sick for the next few days. Food poisoning. What many people don’t know is that there are symptoms of food poisoning that are able to linger for weeks to months after the initial episode.

How does Food Poisoning Affect Those Infected?

According to the U.S. Food & Drug Administration, there are 48 million cases of food-borne illness each year; this number equates to roughly 1 in 6 American experiencing food poisoning a year. Out of these illnesses, the result is a staggering 128,000 hospitalizations and 3,000 deaths. Food poisoning can come in a variety of different ways – contaminated water or food, undercooked meat or seafood, and unrefrigerated meats. These different types of contaminations call for different symptoms and levels of severity of each case. Many signs of food poisoning are diarrhea, cramps, vomiting, nausea and fever.

What are the Most Common Foods that Cause Food Poisoning?

These foods listed below are where food poisoning has been more prevalent, but with proper caution and care, these foods can be enjoyed and not avoided.

Norovirus is NOT just a Cruise Ship Virus

Norovirus is commonly known as the ‘cruise ship’ virus because this illness has been reported extensively on these luxury ships. The Norovirus has claimed the lives of between 570 and 800 people and have affected 19-21 million illnesses each year – surpassing salmonella as the most prevalent food borne illness.

The Norovirus finds its way into food if there is vomit or fecal matter on food or kitchen surfaces where food is made. If you eat the contaminated food, touch the dirty surface or physical touch a sick person and then touch your mouth, you can become infected with this virus.

What is Cyclospora and What Does It Do?

Cyclospora is a parasitic pathogen, or infection caused by a parasite called Cyclospora cayetanensis. This infection is unlikely to be passed from person to person as a sickness would, but instead it is transferred through contaminated food or water. The main cause of this bacteria’s introduction to humans is unclean food manufacturing facilities and restaurants because it is here where food can be improperly handled.

How to Prevent the Spread of Bacteria

Due to the level of severity on each case, those with lower immune systems are more prone to food borne illnesses and can have symptoms linger for longer. A few ways to prevent the spread of this harmful bacteria is:

It is easy to undercook meat, forget to refrigerate your meal or unknowingly eat warm cheese at a potluck – dangerous bacteria can lurk in the most common places. It is important to wash your veggies, your hands and the surfaces you prepare food on – this way you can enjoy your meal to the fullest.

Next post Tech That Protects: How the Latest Gadgets Can Keep You Safe During Your Night Runs