Exploring the Data Behind Pipeline Explosions in the U.S. 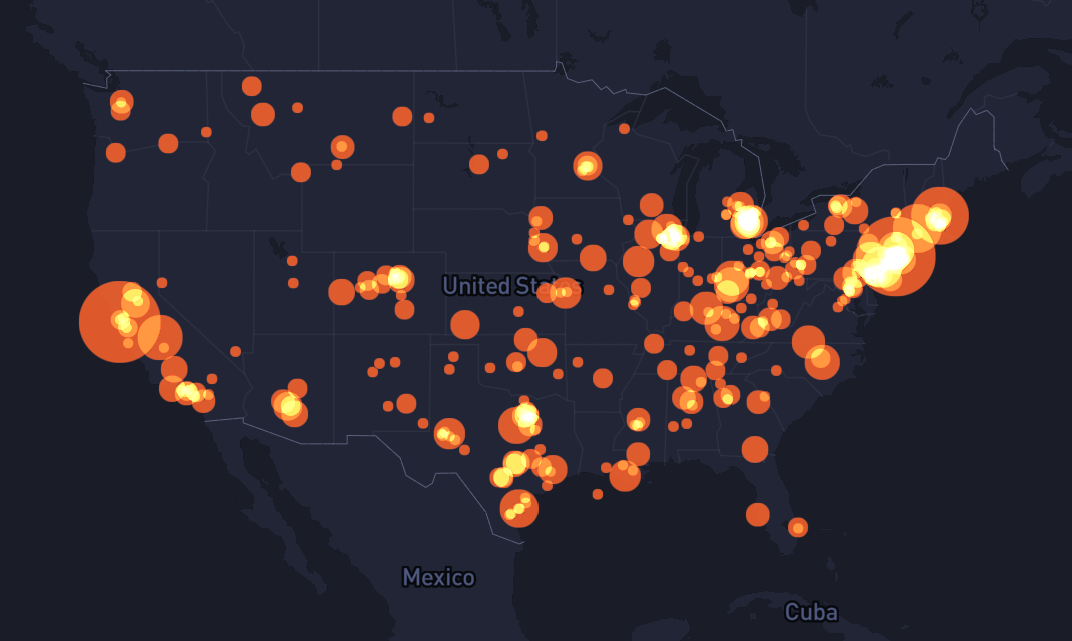 Recently, The Doan Law Firm published a comprehensive study on pipeline explosions in the United States. Using data gathered over the past decade, they track where pipelines explosions occur across the country, explain some of the most frequent causes of incidents, and break down the damages that ensue.

From 2010 to October of 2021, the USDOT Pipeline and Hazardous Materials Safety Administration tracked 368 explosions. Fortunately, the number of incidents has been declining since 2018, when 35 separate explosions were reported across the country. Since then, the number of annual explosions dropped to 28 in 2019, 24 in 2020, and only 15 in 2021 (though the study concludes before the end of the 2021 calendar year).

An interactive map created by a data visualization company and included in the study pinpoints the location and impact of each of the explosions tracked over the past decade. Each point on the map is situated at the site of an incident and is sized to indicate the casualties and property damage caused.

What Causes a Pipeline Explosion?

Understanding how and why pipeline explosions occur is an important step to taking the proper precautions to reduce risk and prevent further incidents. To this end, the study broke down the causes of explosions accidents into eight categories:

Which Pipeline Operators Had the Most Accidents?

From 2010 to 2021, five pipeline operators experienced at least ten explosions. Pacific Gas and Electric (PG&E), Consumers Energy Co., and Southern California Gas Co. each experienced twelve explosions over the decade. Some of these accidents were linked to negligence or the willful violation of safety rules put in place to protect workers and the general public. Years after a pipeline explosion that killed eight people and injured 58 more in San Bruno, industry regulators found that PG&E falsified “locate and mark” records from 2012 to 2017.

PG&E reportedly lacked enough employees to regularly locate and mark their natural gas pipelines in a timely manner, which is a violation of California law. To avoid penalties and sanctions, the company pressured workers and shift supervisors to create false and inaccurate reports so that their locating and marking would not appear to be late. Pipeline workers, contractors, and third parties rely on pipeline operators to tell them exactly where their underground natural gas systems are located. By failing to do so, PG&E substantially increased the risk of excavators striking a pipeline and causing a major accident.

In 2016, PG&E was convicted for six felony crimes connected with the San Bruno pipeline explosion. Since it’s impossible for a company to be sentenced to prison for committing a crime, PG&E faced a maximum-length probation term and $3,000,000 fine. After emerging from probation in 2022, the company was immediately granted a safety certificate from California’s Office of Energy Infrastructure Safety (Energy Safety). The certificate will last for twelve months and allow the utility to recover catastrophic wildfire costs from consumers or the California Wildfire Fund.

Who is Most Likely to Be Killed or Injured in a Pipeline Explosion? 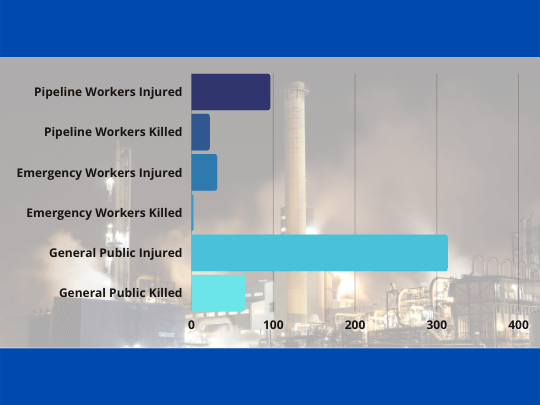 Reducing the Risk of Pipeline Explosions

It’s important to note that not all pipeline explosions can be prevented, particularly if the pipeline has suffered irreparable damage or degradation. However, many accidents can be prevented by maintaining pipeline integrity, improving and adhering to safety standards, and preparing the public for any incidents that arise. Utilities must regularly monitor pressure in their lines, carry out detailed damage inspections, provide proper training on pipeline installation, and share essential data with contractors and third parties.

Warning signs of a pipeline leak or rupture may include:

If you become aware of any of these warning signs, call 911 immediately to report a leak and leave the area.