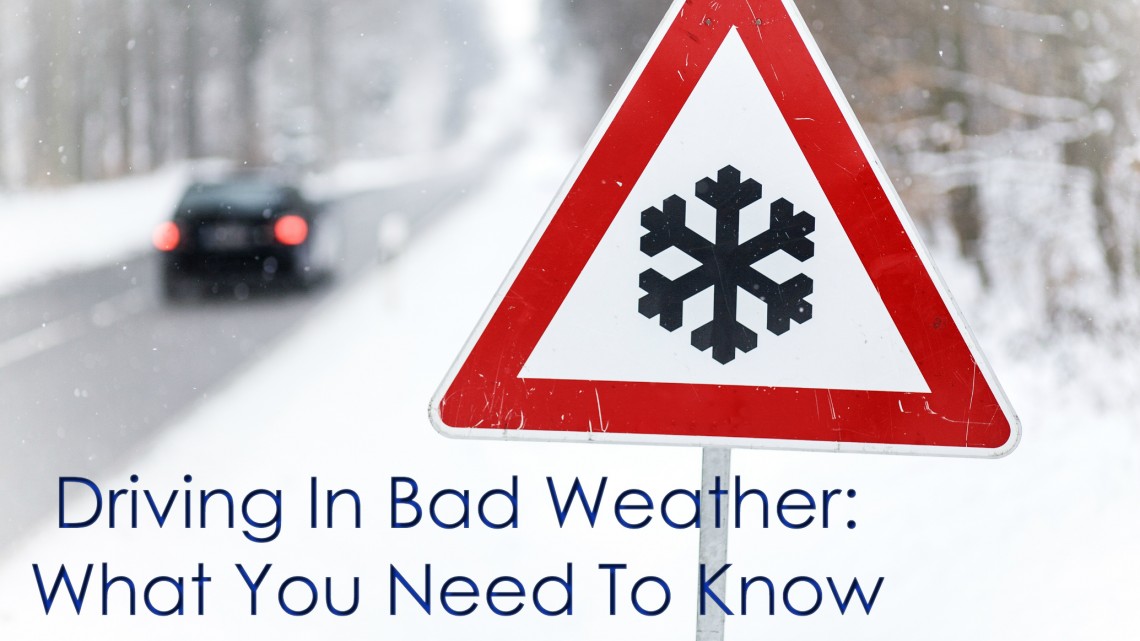 All of these plus more have a tremendous impact on the roads traveled by millions of Americans daily.

Data collected from the US Department of Transportation’s Federal Highway Administration (FHWA) states that there are over 5,870,000 vehicle crashes each year. 23 percent of those crashes (almost 1,312,000) are weather-related.

74 percent of weather-related crashes happen on wet pavement, and 46 percent during rainfall. 17 percent of crashes occur in snow or sleet, 12 percent occur on icy pavement, and 14 percent on snowy or slushy pavement. Only 3 percent happen in the presence of fog.

According to the FHWA, inclement weather maintenance accounts for nearly 20 percent of state Department of Transportation (DOT) budgets. Each year, state and local agencies spend more than $2.3 billion on snow and ice control operations.

Below are tips and information for driving in inclement weather, categorized by the elements.

Components such as fog, heavy precipitation, wind-blown snow, dust and smoke all affect your visibility distance.

Over 38,700 automobile crashes occur in fog, according to the FHWA. Over 600 people are killed and more than 16,300 people are injured in these types of crashes each year.

Each year, 75 percent of weather-related vehicle crashes occur on wet pavement and 47 percent happen during rainfall.

Inland flooding, which usually follows a tropical storm or hurricane, has been the greatest source of fatalities and has caused the most damage to roadway infrastructure.

Every year, 24 percent of weather-related vehicle crashes occur on snow, slushy or icy pavement. 15 percent happen during snowfall or sleet.

According to the National Hurricane Center, more than half of hurricane deaths in the last 30 years resulted from inland flooding. Of those deaths, one in four people drowned in cars.

You should avoid driving through a hurricane at all costs. But if you are already on the road, heed the following guidelines.

High winds reduce roadway capacity by obstructing lanes or roads with drifting snow and wind-blown debris, such as tree limbs. Wind-blown snow, dust and smoke can impact mobility by reducing visibility distance. High winds can also impact the stability of high-profile vehicles such as RVs, campers, trucks or buses.