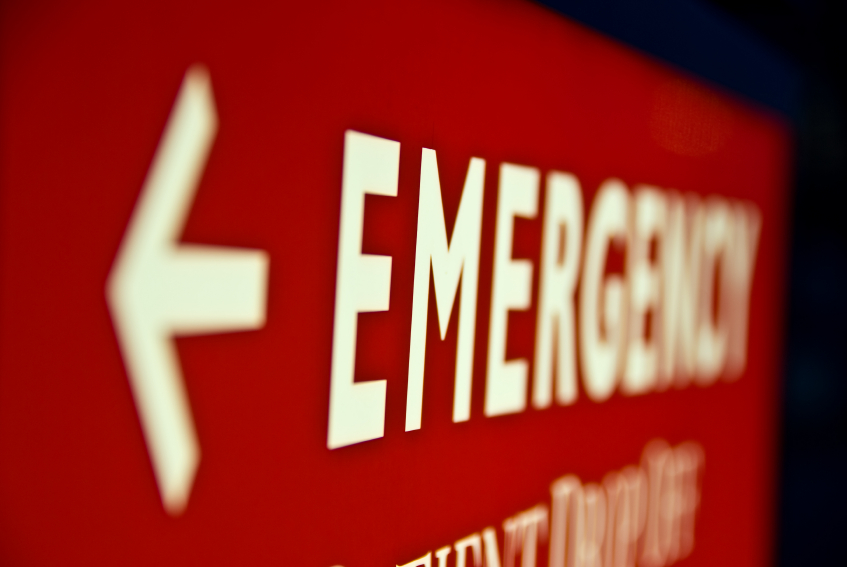 First responders are those typically first on the scene of challenging, dangerous, and highly stressful situations. They are also the first in disaster situations to aid survivors and provide emotional and physical support to those in dire circumstances. These duties, while essential to the community, often require first responders to risk life and limb and put them at an increased risk of trauma on a regular basis.

This exposure to severe stress takes its toll and puts this population at risk of developing physical and mental health problems. In fact, it is estimated that 30% – 40% of first responders develop behavioral health conditions including, but not limited to, depression and posttraumatic stress disorder (PTSD), as compared with 20% in the general population (Abbot et al., 2015). In 2017, there were at least 103 firefighter suicides and 140 police officer suicides.

Further, a study about suicidality revealed that firefighters were reported to have higher attempt and ideation rates than the general population (Stanley et al., 2016), and that in law enforcement officers, the estimates were even higher. Because first responders experience near constant exposure to death and destruction, PTSD and depression rates among them are nearly five times higher than the civilian population. Even when suicide doesn’t happen, remaining untreated can lead to poor physical and mental health, resulting in impaired decision-making.

Despite the fact that research show that more first responders die by suicide than in the line of duty, the stigma of mental illness within fire and police departments still hinders people from seeking help. Even though many organizations do provide accent to mental health care, experts cite the shame and stigma surrounding seeking treatment for mental health within professions that prioritize bravery and toughness.

Rather than seek the treatment they need, many turn to alcohol or other substances in efforts to self-medicate and cope with the constant pressure, long shifts, physical hardships, and other very challenging aspects of their jobs. They use alcohol to deal with their stress, to promote social interaction, and to “unwind” after a traumatic situation.

Post-traumatic stress disorder (PTSD) is a disorder that can occur in those who have experienced or witnessed a traumatic event such as a violent or personal assault, a serious accident, a terrorist act, war/combat, or even a natural disaster. It can also occur as a result of repeated exposure to trauma or death as it might to veterans on the battlefield or police officers who take reports or these events day after day.

PTSD has been known by many names in the past and primarily focused on veterans of war; names such as “shell shock” and “combat fatigue” were the terms first used. It is a well-known fact, however, that PTSD does not just happen to veterans; PTSD can occur in anyone who experiences a traumatic event.

Over time, exposure to the stress of constant danger, chaos, and helping people through personal tragedy can take a toll on first responders’ mental and physical health, eventually leading to PTSD. Research further shows that many on the “front lines” seldom have time to recover between calls before being exposed to the next traumatic event, compounding the problem.

According to one survey, PTSD is common in first responders.

PTSD symptoms can include:

Those with PTSD have intense, disturbing thoughts and feelings related to their experience(s). These thoughts can appear in the form of flashbacks or nightmares days, weeks, months, or even years after the event has occurred and can last long after it has ended.

A flashback is much more than just a memory or “intrusive” thought; it is much more intense because it is as if you are actually reliving the memory in that moment, complete with all the sights, sounds, smells, and emotions that occurred at the time of the flashback event. For that reason, it is easy to “lose touch” with the present until it passes.

Sleep disorders are common in this population. Nightmares can be terrifying, to the extent that the fear of falling asleep is terrifying itself. This cycle of disrupted sleep can exacerbate the problem and lead to other physical and psychological health issues, compounding those caused by the original trauma.

Hypervigilance refers to a state of heightened alertness or extreme sensitivity to the environment. Someone who is hypervigilant will feel like he or she is on high alert for any hidden danger that might come from other people or from somewhere in the environment. This is an auto response; the problem is that over time, this constant state of alarm can lead to fatigue, exhaustion, and physical, behavioral, emotional problems, including:

Depression and anxiety disorders are common after this kind of stress on the body and brain. Increased, severe anxiety, even if it seems there is no apparent reason for it, are common. Increased heart rate, tremors, and elevated blood pressure are also commonly reported. One study found that first responders with PTSD had an increased risk for cardiovascular disease and stroke in addition to other health concerns.

PTSD Effects on the Brain

One underlying transdiagnostic feature of PTSD and other anxiety disorders is fear dysregulation. Accumulating evidence has demonstrated abnormalities in the brain circuits that mediate fear responses, and these abnormalities are associated with PTSD.

In people with PTSD, several areas of the brain are impacted, but those most important to the development of PTSD are those structures in the limbic system. The limbic region of the brain is important in emotional processing and is the part of the brain that deals with emotions, memories, and arousal.

The structures of the limbic system are buried deep within the brain and include the amygdala (responsible for emotions, survival instincts, perception of emotions such as anger, fear, and sadness, as well as the controlling of aggression), hippocampus (stores and retrieves memories, regulates motivation, emotion, and learning), thalamus (relays motor and sensory signals to the cortex), hypothalamus (area responsible for production of important hormones and regulation of thirst, hunger, mood, etc.) and basal ganglia (reward processing, habit formation, movement, and learning).

In PTSD, the amygdala works overtime and may cause a strong emotional response even to things that are only remotely similar to the traumatic event. This occurs because it has been “conditioned” by a traumatic experience some refer to as fear conditioning.

Fear conditioning (or classical, Pavlovian conditioning) is a form of associative learning, where the presence of a neutral, unconditioned stimulus (a place, sound, smell) is paired with an aversive one (a traumatic event). Eventually, the neutral stimulus all by itself can trigger fear and the fear becomes an automatic, conditioned response.

Fear conditioning can also involve the hippocampus, an area of the brain responsible for the storage and retrieval of memories. The hippocampus does play a role in an individual’s ability to overcome fear responses, but many with PTSD experience memory loss when it comes to traumatic events. Alternatively, other memories may be so vivid and ever present that overcoming fear responses to thoughts related to the trauma becauses extremely difficult.

Since the hippocampus is responsible for retrieval and storage of memory, those with PTSD often experience extreme difficulty managing trauma-related memories. Many experience memory loss related to the trauma event, while others have such vivid and ever present memories that functioning and managing PTSD related symptoms seems near impossible.

PTSD is included in the category of trauma- and stressor-related disorders in the newest edition of the Diagnostic and Statistical Manual of Mental Disorders (DSM-5). It is diagnosed by a doctor (psychiatrist or psychologist) who has experience treating individuals with the disorder based on clusters of symptoms after a traumatic event. Certain criteria for PTSD must be met, including:

Criterion A: Stressor (one required)

Criterion B: Intrusion symptoms (one required)

The traumatic event is persistently re-experienced in the following way(s):

Avoidance of trauma-related stimuli after the trauma, in the following way(s):

Negative thoughts or feelings that began or worsened after the trauma, in the following way(s):

Trauma-related arousal and reactivity that began or worsened after the trauma, in the following way(s):

Symptoms are not due to medication, substance use, or other illness.

How PTSD is Treated

There are a number of treatments for PTSD that can help to minimize or even eliminate the distressing symptoms that accompany the condition.

While there are no medications that can cure PTSD, there are some that have been found helpful in managing the symptoms:

Selective Serotonin Reuptake Inhibitors (SSRIs) are a type of medication usually prescribed to help in the treatment of PTSD. SSRIs work by increasing levels of serotonin in the brain. Serotonin is one of the chemical messengers (neurotransmitters) that carry signals between brain nerve cells (neurons). It is responsible for a variety of functions, including regulation of mood, sleep, and appetite.

SSRIs block the reabsorption (reuptake) of serotonin into neurons. This makes more serotonin available in your brain. SSRIs are called selective because they mainly affect serotonin, not other neurotransmitters. Technically, SSRIs are antidepressants, but since up to 50% of those diagnosed with PTSD also meet criteria for the diagnosis of major depressive disorder, these meds can help both conditions. When your serotonin levels are normal, you feel:

Those most often prescribed are:

One SNRI, venlafaxine (Effexor), has been found to be particularly effective in the treatment of PTSD. Other medications may be prescribed to manage sleep and other difficulties; for this reason, someone knowledgeable in the area of pharmacotherapy for PTSD is important.

Getting Help Instead of Self-Treating PTSD

As a result of working in such a stressful occupation, first responders are at higher risk when it comes to substance abuse than those in the general population. Researchers have found that alcohol use/abuse is especially problematic, as both social and stress-induced drinking behaviors are high. Self-medicating (using/abusing alcohol, drugs) to “calm” PTSD symptoms is common.

It is estimated that 30% of first responders develop some type of behavioral health condition during their time of service, including: depression, anxiety, and post-traumatic stress disorder (PTSD). Despite the acknowledgment that mental health in important in their profession, far too many do not seek treatment because of the undeniable cultural stigma surrounding mental healthcare treatment. “Fear of being seen as weak or not up to the job of a first responder keeps many from seeking help and can lead suffering individuals to turn to substance abuse as a means of relief” (Hilliard, 2019).

People with PTSD obviously want to alleviate the distress that results from their symptoms, but substance use is not the answer, and denial will not make the problem disappear. Specialized treatments for PTSD and substance use disorders have been developed and can help people cope.

Where to Find Help and Support

Partner with national efforts to reduce the stigma and help your department:

Prevention is obviously the best course of action. Understanding PTSD and how to address it in the workplace is vital: http://www.firstrespondersfirst.ca/prevention-2/

Farina, A.M. (2019). Why suicide is a top cause of death for police officers and firefighters. https://www.vox.com/first-person/2019/6/25/18701253/police-suicide-mental-health-emt-firefighters-first-responders

Healthline. (2019). Serotonin: What you need to know. https://www.healthline.com/health/mental-health/serotonin#mental-health

Tull, M. (2019). Self-medicating is a risky form of self-treatment for PTSD. https://www.verywellmind.com/self-medication-in-ptsd-2797539

Next post How to Avoid Buying Counterfeit Products Online

Previous post Mass Shootings in the US: The Link Between Mass Violence and Mental Health 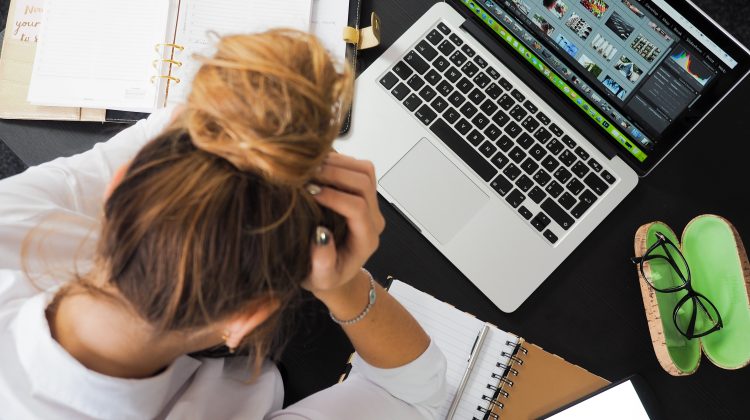 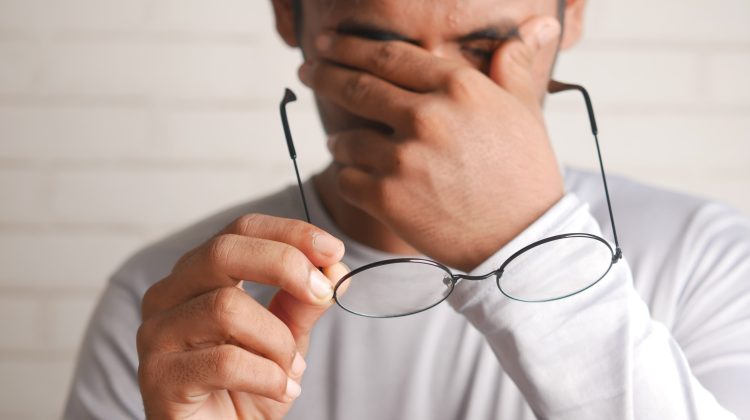 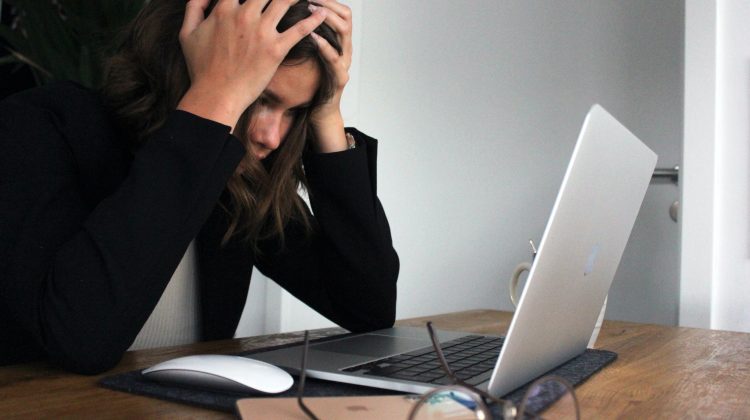