However, the AWA has significant limitations. The USDA has authority to inspect and enforce the AWA, it relies heavily on self reporting – with only 115 USDA inspectors to oversee over 7,750 licensed facilities. The AWA provides no protection for cold-blooded animals (reptiles, amphibians, fish) or rats, mice, and birds bred for research. These animals alone make up roughly 90 percent of animals used in laboratories and could push the totals to anywhere from 25 to 100 million annually.

This map was made in conjunction with the personal injury lawyers of Liljegren Law Group; read their interesting perspective on their blog post: Animal Testing in the U.S.

Which States Use The Most Dogs in Testing? 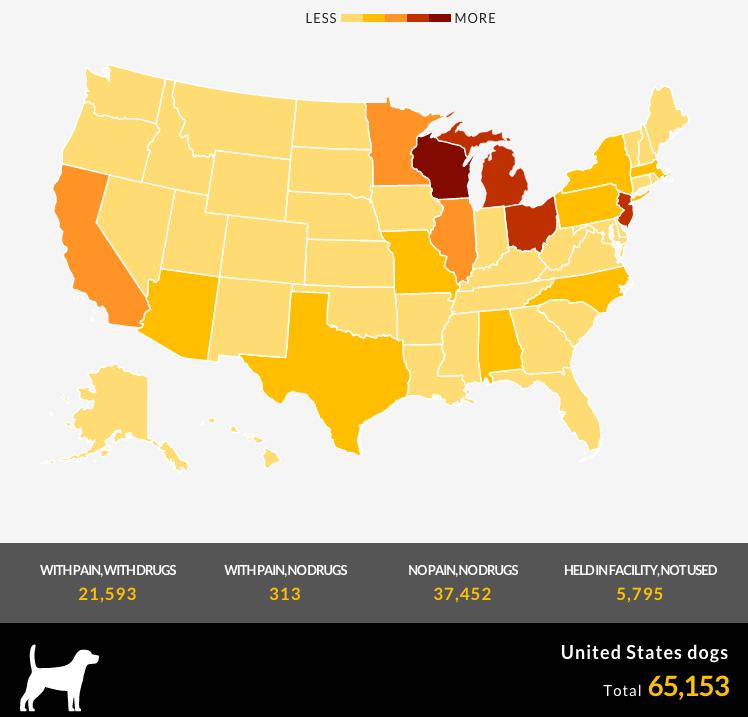 Despite their status as ‘man’s best friend’, over 65,000 dogs were used in research and testing in 2014. Dogs are often used in toxicology studies, subject to large doses of pharmaceutical, chemical, or pesticide test substance. Dogs are also used in human-disease studies, including heart and hormonal studies. The most common breed of dog used in experiments are beagles due to their smaller size and docile manner.

Which States Use The Most Cats in Testing? 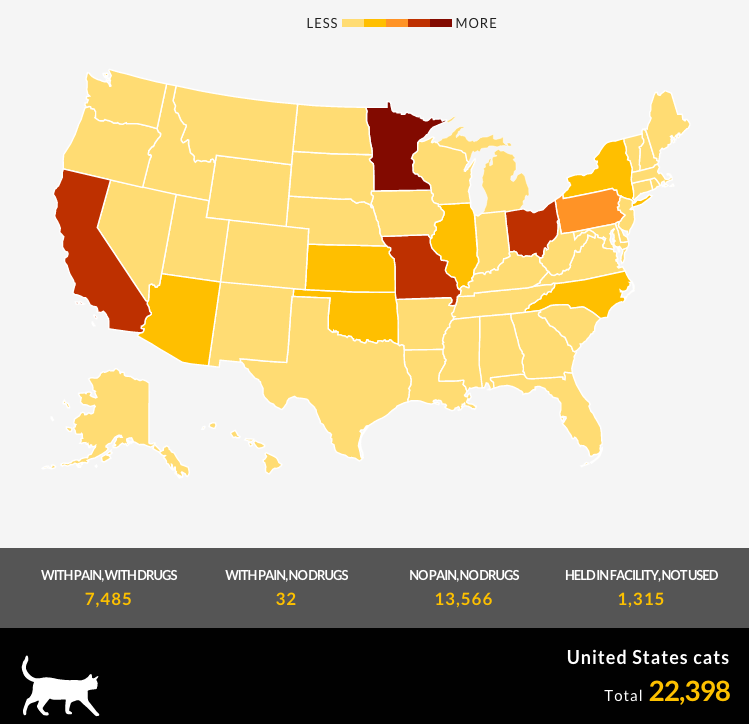 The darlings of the internet, 22,398 cats were used in experiments in 2014. Most cats used in experiments are bred for research, but many times they are taken from shelters. Cats are often used in research of two specific human disease – HIV and leukemia – that feline analogues exist for. FIV specifically is closely and profoundly related to HIV.

Other testing borders on cruelty. Before it was shut down, the animal testing lab at the University of Wisconsin-Madison preformed “sound localization” tests in which holes were drilled into cat’s skulls, electrodes implanted in the brain, and steel coils placed in the eyes. Several other Universities have performed vision experiments in which the cat’s eyes were removed or sewn shut.

Which States Use The Most Primates in Testing? 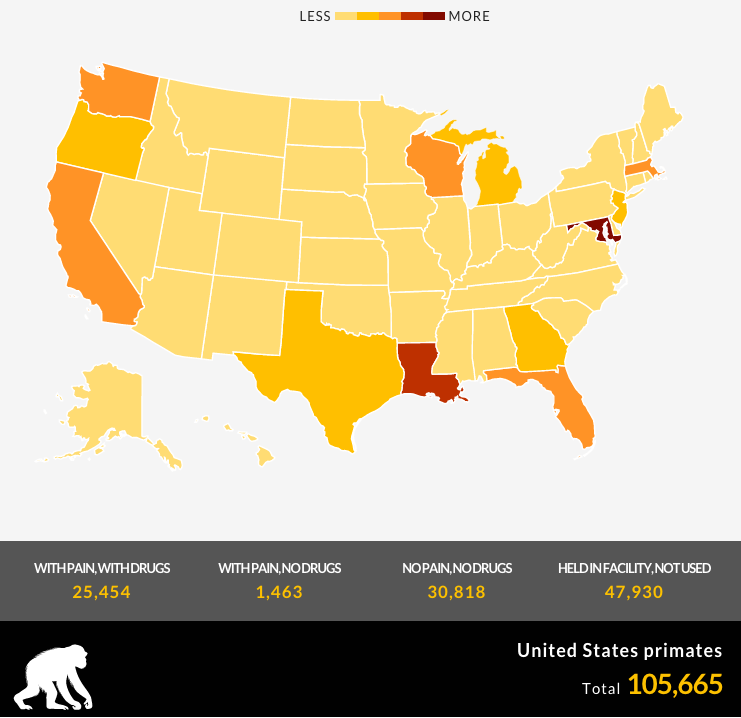 Primates are the closest relatives to humans, therefore have been subject to notion that they make better test models than mice and rats for studying human diseases. Non Human Primates account for over 105,000 – over 10 percent- of AWA covered research subjects. Most of these are one of three species of macaques, baboons, marmosets, and other monkeys.
Non Human Primates are used for research in HIV, behavior, neurology, human and infectious diseases, genetics, reproduction, and vaccine and drug testing among others.

The U.S. and the European Union have phased out Chimpanzee testing and they have been classified as “endangered” in the U.S.

Which States Use the Most Pigs in Testing? 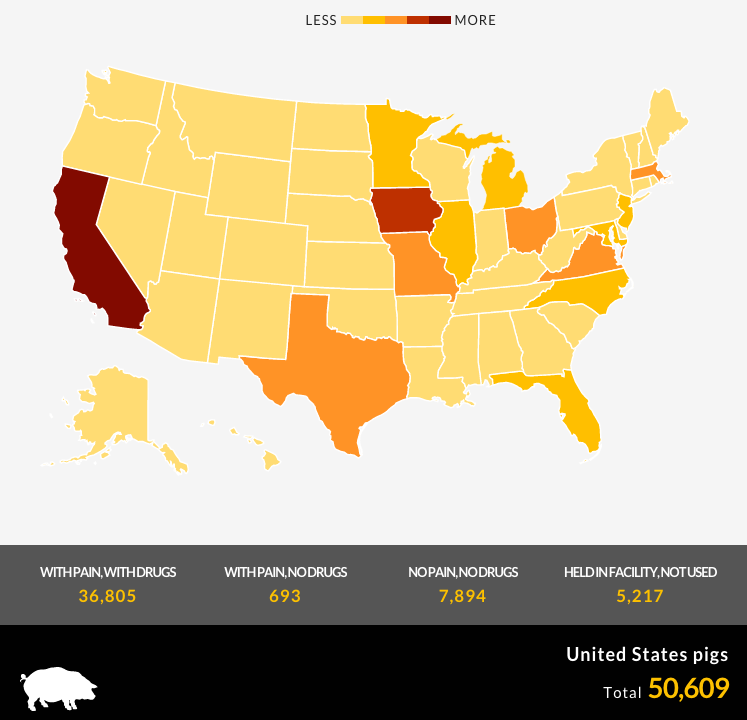 Which States Use the Most Sheep in Testing? 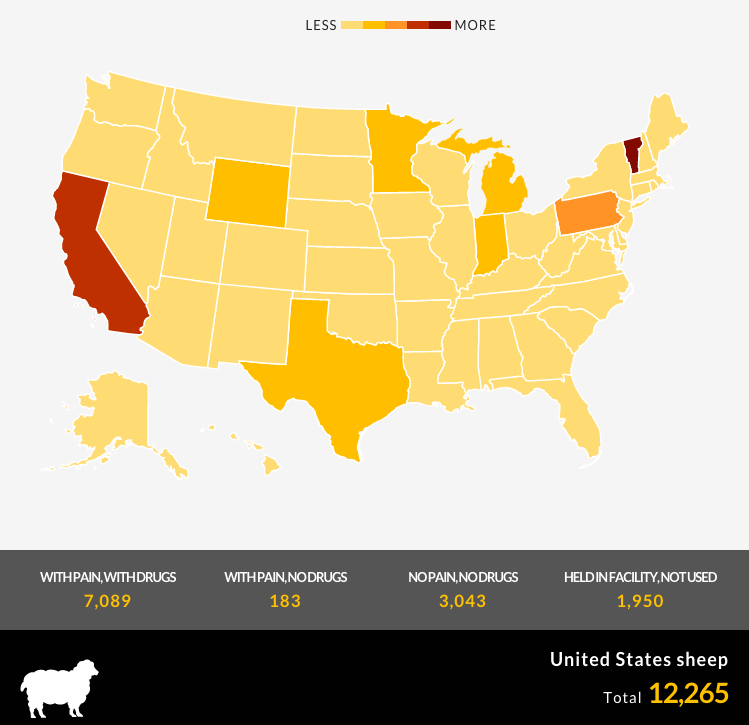 Which States Use the Most Rabbits in Testing? 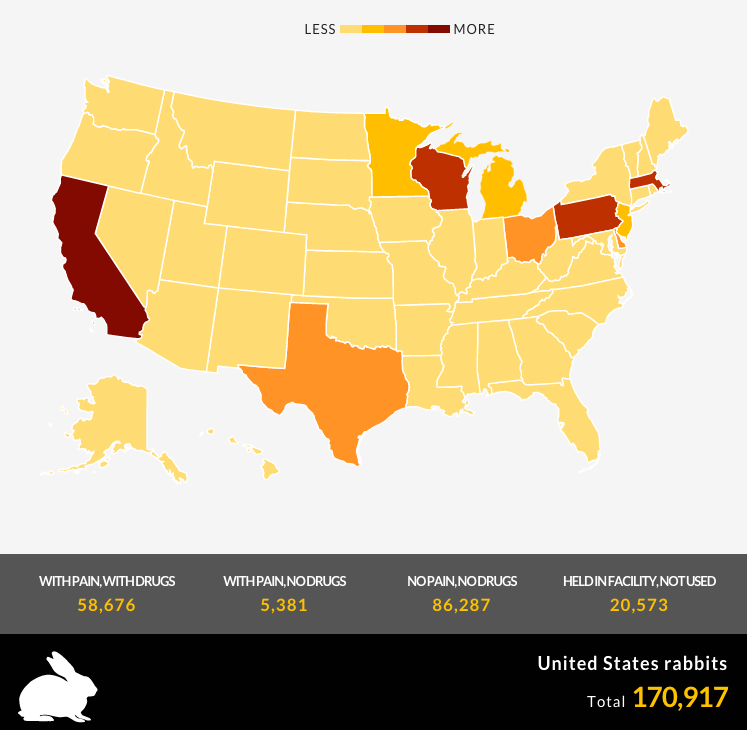 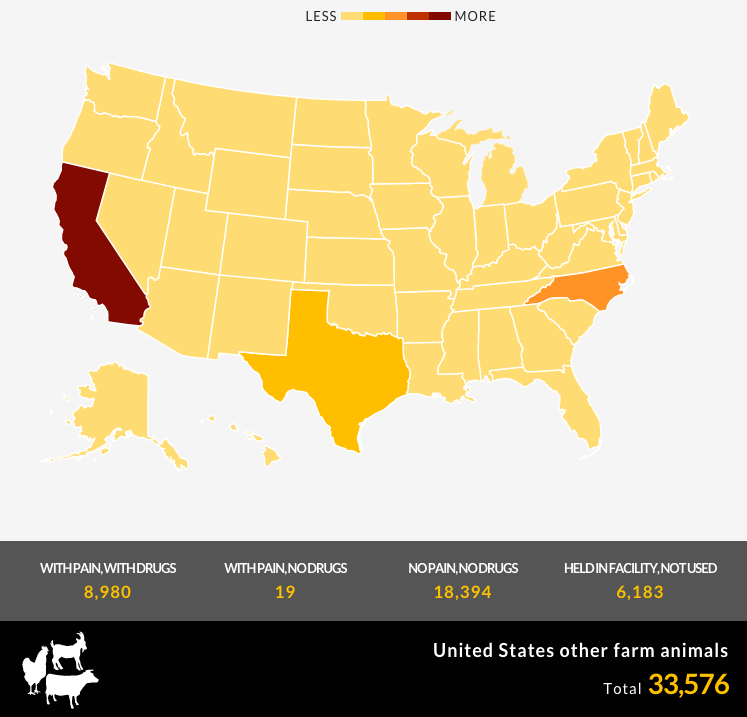 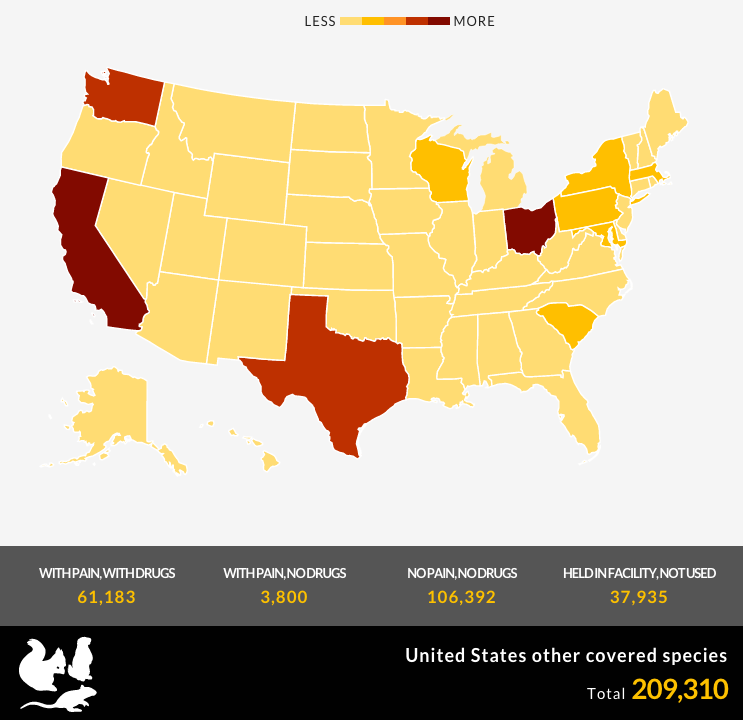 No Pain No Drug Testing

Facilities in these states experiment on the most animals without giving them pain medication.

Previous post A Parent’s Guide to Concussions in Children

Personal Safety Devices for Every Situation

Heading Outside This Summer? Here Are 5 Tips To Stay Safe