A Parent’s Guide to Concussions in Children 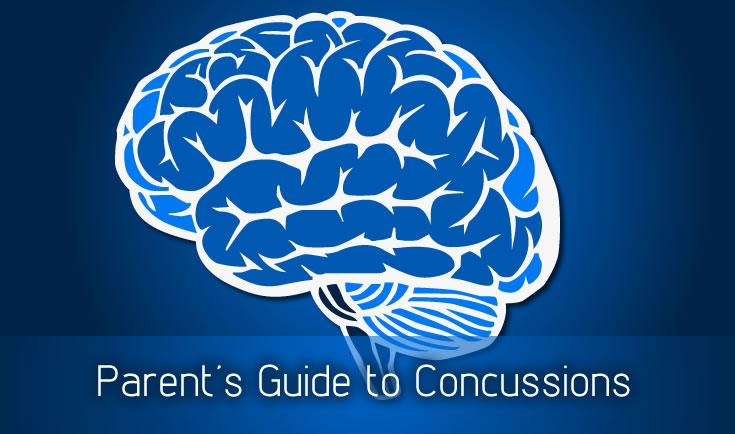 With children becoming more and more active in organized sports along with an increasing level of competitiveness, sports related injuries are on the rise. A major concern for many parents today is concussions, which account for more than 100,000 emergency department visits per year by children and adolescents. Children are most likely to acquire a concussion with contact sports such as football, ice hockey, wrestling, rugby, and lacrosse. Although concussions are most likely to occur during these sports activities, they can occur anytime a direct or indirect force is applied to the head. In either case, it is important for parents, as well as coaches, to know what a concussion is, how to recognize if one has occurred in their child, the steps to take to help in treatment, and how to prevent them from ever happening.

What is a concussion? 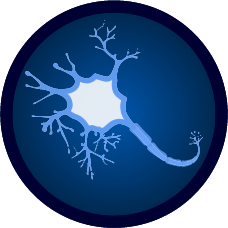 A concussion is a mild traumatic brain injury that disrupts normal brain activity and function. Direct forces (such as a blunt blow to the head) or indirect forces (such as rapid deceleration of a vehicle) cause the brain to make traumatic contact with the internal surface of the skull, known as coup. In some cases, a second impact of the brain can occur on the opposite side as the brain rebounds from the initial impact, known as contrecoup. These injuries jar the brain which can cause structural and functional damage, affecting the chemical and electrical stability within the brain which can lead to an array of non-specific symptoms including:

If any of these symptoms occur following a forceful impact, the child should be removed from play to undergo further evaluation. But surely we’ve all seen it; some child takes a hard blow, players take a knee as the injured player lies on the field barely conscious, everyone applauds as the player barely rises and staggers off the field, and five minutes later he or she right back in play. Take note parents: another traumatic blow to the head following a concussion can cause serious brain damage.

If your child is playing sports, when is it safe to let them return to play after a head injury?

If you suspect a concussion has occurred in your child, he or she should be cleared by a medical professional before returning to play.

If the injury doesn’t appear to be serious and you happen to be on the sideline while your child is recovering from a head injury, there are a couple of quick things you can do to help determine if your child can safely return to the playing field.

While no single test is used to detect concussions, physicians can run a variety of tests to help determine if a concussion has occurred. Physicians will assess the mental status, focal neurological deficits, muscle strength, balance, sensation, coordination, and/or delayed recall. While Magnetic Resonance Imaging (MRI) can be used to detect subtle changes in the brain, a CT scan is most widely used to check for pressure changes within the cranium. Also, don’t expect leave the hospital with any kind of strong medications. Narcotics such as Vicodin and Percocet are avoided because they can mimic symptoms of a concussion such as drowsiness, altered mental state, and dizziness and they are not proven to aid in the recovery of a concussion. If your child is suffering from a headache, then over-the-counter drugs will suffice.

How Long Does it Take a Child to Recover from a Concussion? 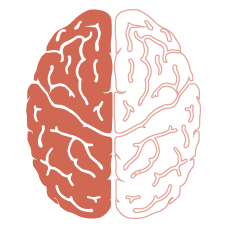 Recovery from a concussion is highly variable between individuals, but what we do know is that children take longer to recover than adults do and that some symptoms may subside while others will linger. Also, conditions such as Attention Deficit/Hyperactivity Disorder (ADHD), anxiety, and depression can prolong the recovery phase. Generally, simple concussions will progressively resolve between a week and ten days. Complex concussions will exhibit persisting, and perhaps worsening symptoms or seizure activity. What ever the case, children should avoid physical and cognitive exertion during the recovery phase of a concussion.

Due to the physiological nature of an injury of a concussion, a child’s capacity to learn can be hindered until the concussion has abated. Symptoms such as headaches, sensitivity to light or loud noise, fatigue, blurry vision, and confusion can all interfere with the learning process. In addition to this, studies have shown the cognitive over-exertion during a child’s recovery from a concussion can actually prolong the recovery. The brain requires energy and resources to heal and to compute mental processes, and if those resources are split between the two, healing will take that much longer. With that said, cognitive over-exertion is very different for each child and he or she should be closely monitored. Teachers and other faculty should be notified of the child’s condition if the child is to resume with school. Some kids should remain home until symptoms have resolved while other kids should even avoid the use of television, cell phones, video games, and other activities that can cognitively stress the brain. In either case, the goal is for all symptoms to subside, that no re-occurrence of symptoms would surface during physical or mental activities, and that the child returns to his or her state before the injury took place.

How Can You Help Prevent Concussions in Children

Unfortunately, it is very difficult to prevent these injuries from happening without completely sheltering our children. The use of helmets during a sport like football is obvious, but activities such as bike riding, skateboarding, skiing, sledding, and anything else where falls can occur should always be used. Wearing a bike helmet for example reduces head and brain injury by 85% so even if a child is going on a short bike ride to a friends house, you should make sure they are wearing a helmet . While helmets provide protection against certain types of head injuries, concussions can still occur. Helmets cannot protect against those indirect forces such as rapid acceleration or deceleration. Think of yourself driving a fully armored car; If you drive into a wall that rapidly stops your car from 60 to 0, perhaps the car would suffer some minor damage (due to the armor), but the contents of the car most certainly would be damaged. Even if your head is protected, the contents of your head (the brain) can still be injured.

Parents can attempt to encourage their children to play safer sports. If that doesn’t work, then parents must hope for the best and prepare for the worst. Educate yourself and your children about concussions. Devise a plan to carry out in case a concussion is suspected. Find out if schools or sports leagues have concussion policies and make sure that you will be notified if a concussion occurs in your absence. If a concussion does occur, aid in a speedy recovery, keep your child safe, track the concussion, and do not let your children play with a concussion in order to prevent long-term complications.