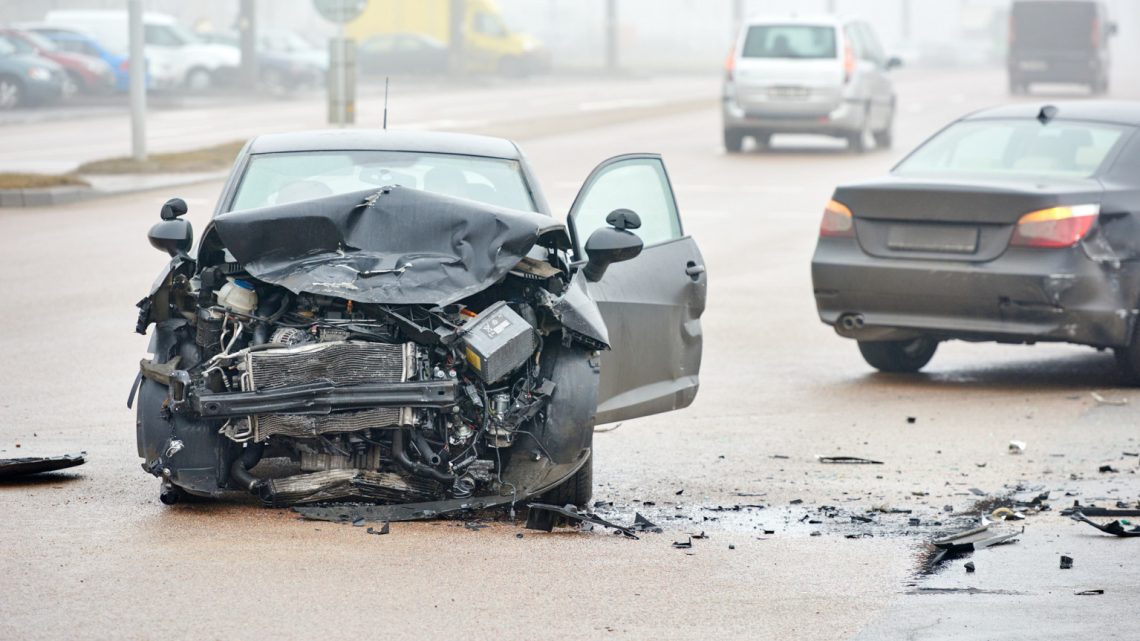 Driving under the influence (DUI) can cause considerable harm, both to the impaired driver and any number of pedestrians, bicyclists, and fellow motorists. According to Mothers Against Drunk Driving (MADD), there were an estimated 38,680 motor vehicle-related fatalities in 2020. This represents a spike in traffic deaths of approximately 7% as compared to 2019. MADD attributes this rise in traffic fatalities to speeding, failure to wear a seatbelt, and impaired driving.

In today’s article, we examine DUI statistics and laws by state. We wanted to explore which states have the strictest DUI regulations and enforcement, the most significant DUI-related crashes and injuries, and other essential figures. For this study, we draw primarily upon data from 2019, as DUI crash data for all states in 2020 has not yet been made public.

Which States Experience the Most DUI Fatalities?

Using data sourced from the National Highway Traffic Safety Administration (NHTSA), we plotted the percentage of each state’s fatal crashes that involved alcohol and the highest blood alcohol concentration (BAC) between all drivers involved in a crash situation. For example, if there were two crash fatalities in a three-vehicle accident where the highest driver BAC was 0.09, both deaths would be tallied under “# of Fatalities, Highest Driver BAC = 0.08+.”

What Are Each State’s DUI Laws?

Every state in the U.S. has its own parameters for determining whether a driver was under the influence and what mandatory punishments are to be assigned for a DUI.

The chart below details the following information for each state:

There were at least 10,142 annual alcohol-related fatalities from 2016 to 2019. Alcohol-impaired drivers suffered the most recorded fatalities throughout the tracked period. We graphed critical DUI crash statistics below. In our chart, “other victims” include pedestrians, bicyclists, and others that suffered fatal injuries. 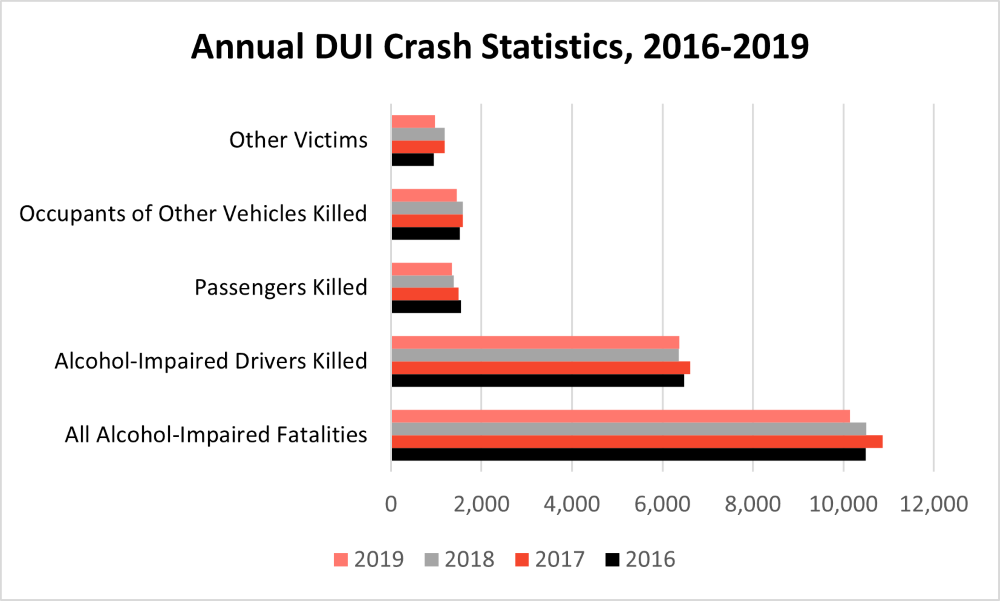 What to Do if You’re Hit by an Impaired Driver?

All car accidents can be incredibly stressful, regardless of whether you suspect that another driver is under the influence of drugs or alcohol. If you are in a crash where you reasonably believe one or more drivers may be impaired:

How To Protect Yourself As A Pedestrian On The Street