It’s no secret that Florida takes a lot of heat, being seen as one of the worst states for crime. But is it really? When it comes to car accidents, Florida actually has the third highest amount, following California and Texas. So in other words – yes, it really does have a lot of car accidents. As recently as last month, Florida drivers were driving the wrong way on the interstate and committing double hit and runs. 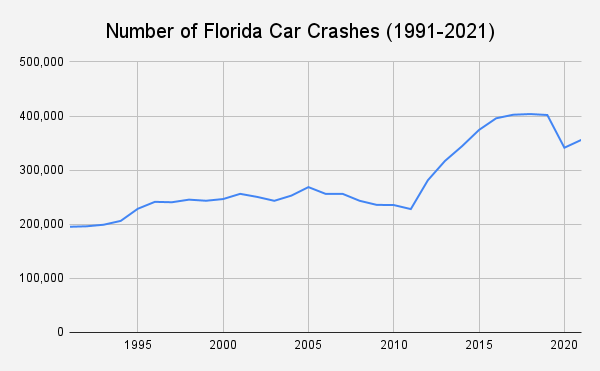 In 2013, a huge spike in crashes occurred, and that number continued steadily rising until 2019, when it finally started to decrease. Unfortunately, we do see a small uptick occur in 2021, so it’s hard to predict the trend. Fortunately the rates have at least plateaued.

What could have finally halted the steady rise of Florida car crashes during the 2010’s? Could it have been the 2019 law against texting and driving in Florida? Probably not, since sources say the law is rarely enforced, or if it is, the data is not being recorded. It couldn’t have been the pandemic, because that came a year later. 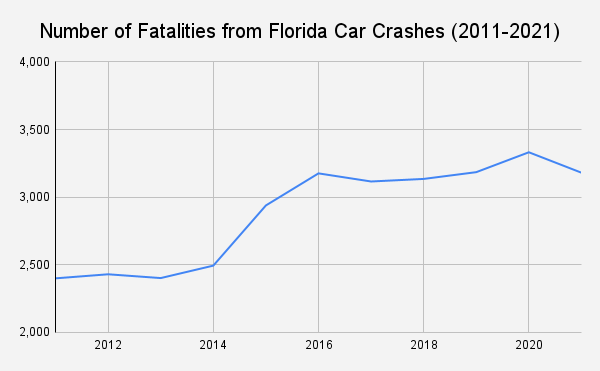 The Most Dangerous Roads and Intersections in Florida

In order to stay safe on the roads, it’s important to know which roads and intersections have high rates of accidents. That way you can avoid these areas, or stay extra vigilant if you do encounter them. The following are some of the most dangerous places to drive in the Tampa area. Pinellas county, which holds St. Petersburg and Clearwater, is the Florida county with the highest fatality rates – a shocking 4.57 deaths per mile. 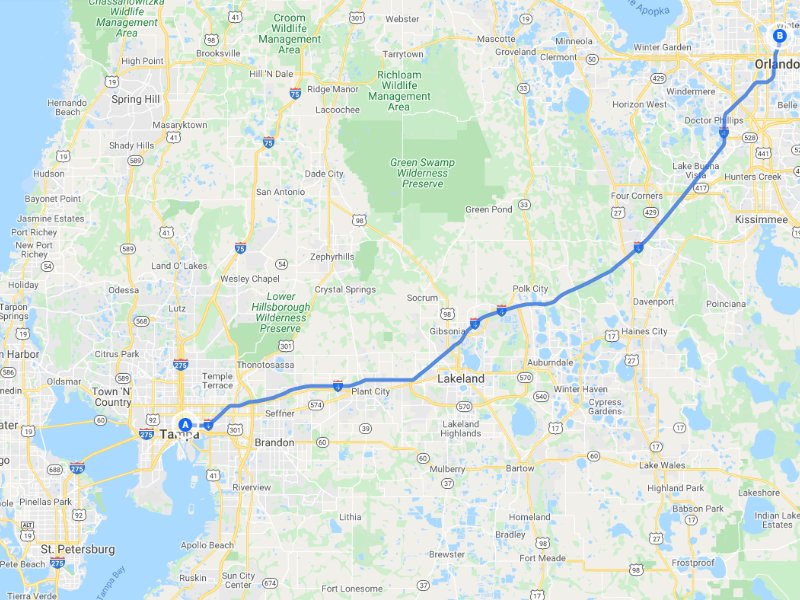 Highway 19 starts in downtown St. Petersburg and continues up the west coast of Florida for a bit. One particularly fatal intersection along that road is at US-19 and Gulf-to-Bay Boulevard in Clearwater (marked by the green pin on the map below). In fact, Route 19 has 6 of the top 8 most dangerous intersections in the county. 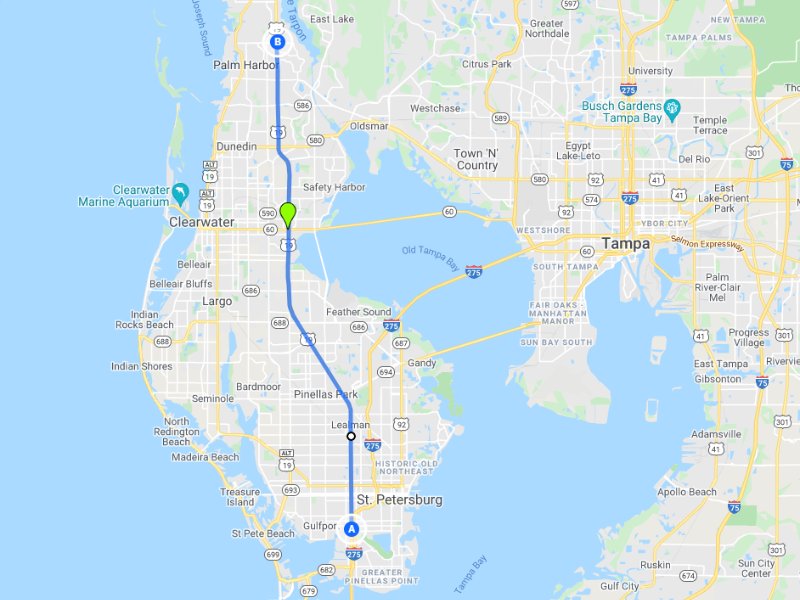 In downtown St. Petersburg, there is one intersection with a particularly high rate of accidents and injuries at 28th Street North and 1st Ave North. It’s a major intersection because it introduces the I-275 into downtown, so there is a lot of high traffic. Additionally, another intersection nearby at 34th street and 5th Ave North is also a cluster zone for accidents. Just the other day there was a fatal motorcycle crash at 31st and 5th Ave North when a car driver was turning left. Cars turning left are actually one of the top causes of motorcycle accidents, according to the St. Petersburg injury attorneys at Salter, Healy, Rivera and Heptner. Both intersections are shown by a red marker on the map below. 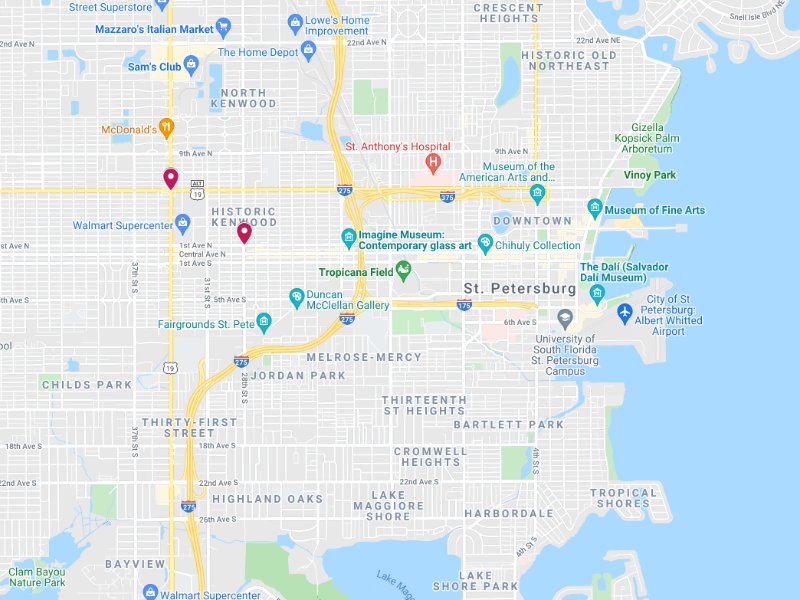 A report by Smart Growth America ranked the Tampa, St. Petersburg, and Clearwater area as the 8th most dangerous metro area for pedestrians in the United States. There were 968 pedestrian fatalities in this area between 2010 and 2019. Overall Florida was ranked as the worst state for pedestrian safety, and according to the Governor’s Highway Safety Association, Florida indeed has the highest rate of pedestrian fatalities per resident.

Of course motor vehicle and pedestrian accidents occur on many other roads and intersections, but this is a brief view into the dangers of driving and walking in Florida, and specifically Pinellas county. It is imperative to stay extra vigilant in these areas, because according to the data, it’s a very high risk place to travel.

Next post How to Drive Safely in Bumper-to-Bumper Traffic

Previous post Georgia Car Seat Laws You Should Know About