Drug Resistant Infections: The Serious Threat That is Being Ignored 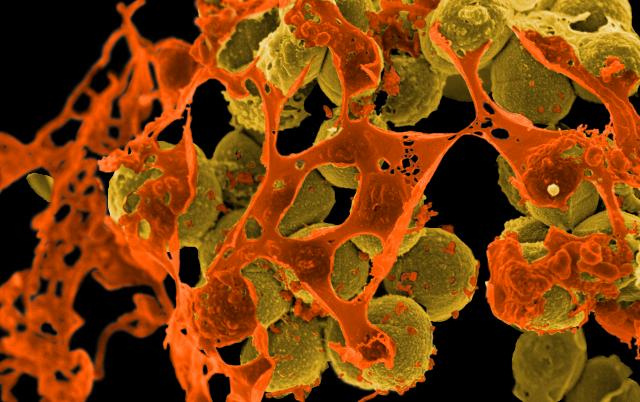 Antibiotic resistant infection is quickly becoming one of the biggest threats to health both in the United States and worldwide, but the crisis is being exacerbated by many in the healthcare industry who often attempt to hide the problem altogether.

Antibiotics and other antimicrobial agents have been used for more than 70 years to treat patients with certain types of infections and have been very effective in reducing instances of illness and death. However, these drugs have been so widely and frequently prescribed that the bacteria is adapting and becoming more resistant, making antibiotics less effective every year. Even when Alexander Fleming first discovered penicillin in 1928, researchers were already reporting signs of resistance by the 1940s.

How Serious Is the Issue Today?

This problem is so serious today that according to the CDC, each year in the United States at least 2 million people become infected with bacteria that are resistant to antibiotics and 23,000 die as a direct result of these infections. It is also estimated that another 15,000 die from Clostridium difficile, which in an infection linked to long term antibiotic use.

However according to a new investigative report by Reuters, even these numbers could be off by 30%, or more than 10,000 lives in either direction.

According to the report, investigators found that not only are drug resistant infections killing patients, but the causes are also either not being recorded or actively being concealed from the public. In cities all across the United States, they found that drug resistant, hospital borne illnesses have infected and killed a number of patients within hospitals, but the presence of the infection was completely omitted from the death certificates of the victims. Instead, other factors were listed as the causes of death, even if they were not the root cause of the patient dying.

In many cases, the culprit was methicillin-resistant Staphylococcus aureus, known as MRSA. Although it is listed as a serious threat by the CDC, only 27 states are required to report instances of the infection and only 4 states are required to report deaths associated with the infection. Due to the lack of reporting requirements, the report estimates that the standard of error for deaths attributable to MRSA ranges between 8,000 and 17,000.

MRSA isn’t the only infection that is poorly tracked. Clostridium difficile is another example which is only required to be reported by 17 states for instances of the disease and by only 3 for deaths, leading to a statistical uncertainty of between 7,600 and 20,000. In total, the report found that 24 states and Washington D.C. don’t count deaths from seven of the most prevalent superbug infections and outbreaks.

How Could This Happen?

Instances of these infections are left off death certificates or not tracked for a couple of reasons. First, tracking every instance of these infections requires time and money that many states simply don’t have. Spending thousands of dollars per case and waiting several days for tests to come back can add up quickly, especially when other factors to a patient’s illness could be at play. Only Connecticut, thanks to a grant from the CDC, closely monitors MRSA deaths for example. Second, from a hospital standpoint, having doctors keep a record of patients killed by hospital borne illness not only requires them to document their failures but also opens up the possibility of legal liability, negligent behavior, and negative press.

Regardless of the reasons, it’s clear that not tracking the impact of these superbugs is a poor idea. If health care professionals and state governments are not putting in the effort for documentation, how are others supposed to defeat these infections in the future?

And the problem will only continue to get worse as the bacteria are given more time to adapt. Sweeping the issue under the rug may make the problem go away momentarily, but any medical malpractice lawyer will tell you that turning a blind eye to the issue does not absolve the healthcare industry from the duty that it has to its patients. If the CDC and WHO consider antimicrobial resistance one of the largest threats to humankind, it is time we starting acting like it if there is going to be any shot at protecting our future from these types of infections.

Next post Can Increased Regulations Make the Trucking Industry Safer?