Defensive Driving Around the Holidays 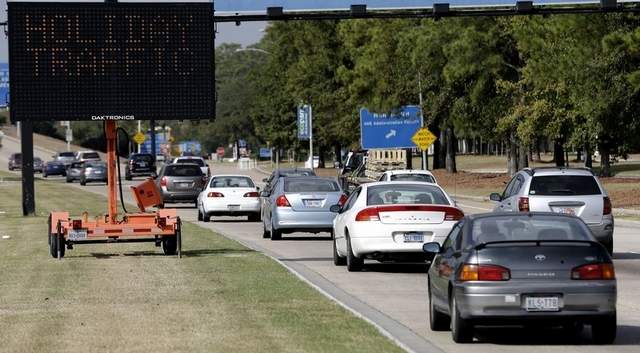 The holidays are an exciting time for family and friends to come together. From Christmas and Thanksgiving to Independence Day and Halloween – It’s a time to celebrate and spend quality time with the people you love.

Although holiday gatherings bring joy – the party planning, last minute gift shopping, and rushing to the supermarket for Thanksgiving dinner – can also bring stress and distraction. In 2016, AAA reported that about 43 million Americans hit the road for Independence day, more than 48 million traveled for Thanksgiving Weekend and just over 93 million were on the roadways for Christmas – an increase from the year before. With such a significant rise in traffic on the roadways, it’s no surprise that car accident numbers seem to skyrocket during the holiday season.

Robert Sinclair, a spokesman for AAA comments, “More vehicles create greater conflict potential. And unfortunately, during holiday times and celebratory actions, people drink and get out on the road, and that leads to a problem, too.”

Most Dangerous Holidays for Drivers

As Memorial Day is vastly approaching, so is summer vacation for high school and college students. As an influx of young drivers hit the road, their lack of experience behind the wheel mixed with an abundance of free time, creates greater odds for an accident to occur. Between distracted driving and driving under the influence, the time period between Memorial Day and Labor Day has been called, “The 100 Deadliest Days” for young drivers on the roadways.

Moving down the calendar year, Thanksgiving is also among the list of dangerous holidays for drivers. The day before Thanksgiving, known as Blackout Wednesday, is labeled as one of the biggest drinking days of the year. As businesses close up shop and people are home for the long weekend, there is a great number of people out celebrating. The combination of both impaired drivers and drivers still rushing out of town for the holiday, creates one of the deadliest days of the year.

Any time alcohol is involved in a holiday celebration – the increased risk for alcohol related traffic accidents is an obvious correlation. Although they are not major holidays – Cinco De Mayo, the Super Bowl, Mardi Gras & St. Patrick’s Day are all dangerous days to be out on the road. When a holiday is centered around good food and drinks, people tend to overindulge not realizing their inebriation before getting behind the wheel.

Accident numbers across the U.S. have increased dramatically over the last 5 years. Rhorer explains that although automobile accidents are a year-round issue across the entire U.S. – the holidays have greatly contributed to the overall rise in numbers. Rhorer notes that the days surrounding major holiday gatherings have seen a spike in auto accident numbers every year since 2011 throughout the entire state of Louisiana – with alcohol contributing to a large number of the incidents. As Rhorer interacts with accident victims every day, he sees the damage that impaired and distracted driving can cause – he wants to stress the importance of safe and defensive driving.

How Can You Avoid Holiday Traffic Accidents?

Next post The Risks of Driving Under the Influence