Staying Safe at the Beach 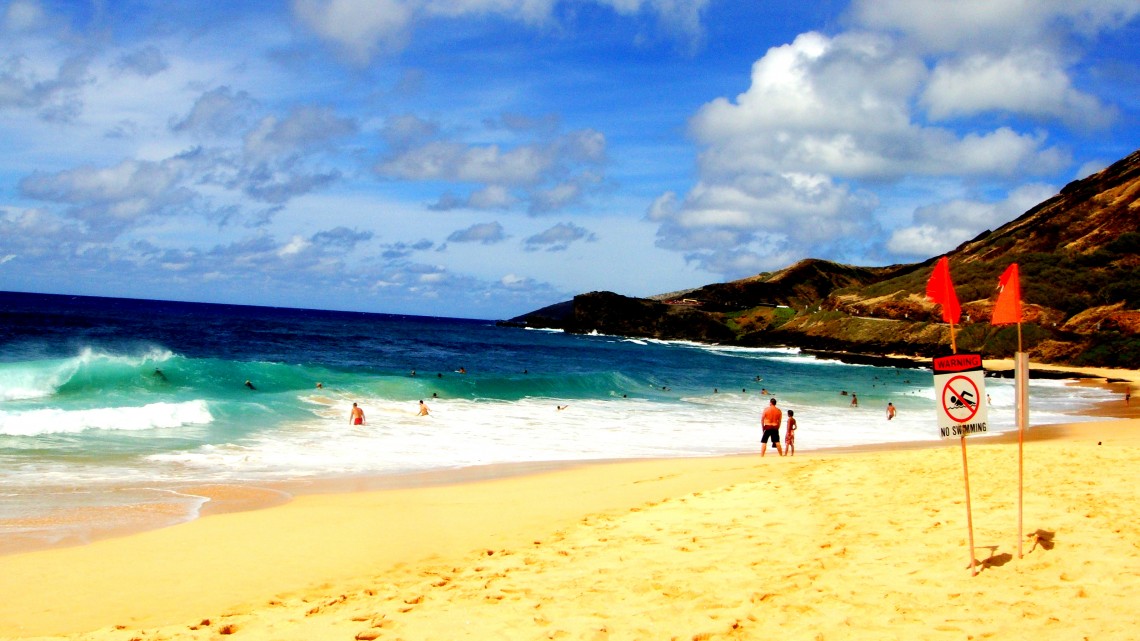 With summer 2014 in full swing, hitting the beach with a surfboard and volleyball seem like a daily routine. Have you thought about the risks associated with daily beach days? The laid back attitude of the summer is carefree and relaxing, so people love to bare all. However, all that fun in the sun can lead to serious dangers. Whether you are going out for just a few hours to catch some rays or plan on making a weekend trip filled with sandcastles and barbecues, it is important to know the different risks of being out by the beach and how to stay safe.

What the Sun Can Do

Sun damage is resulted from overexposure to Ultraviolet (UV) radiation. UV Radiation comes directly from the sunlight and can distort the skin cell structure. According to UV Radiation Awareness, UV rays are broken down into three types: UVC, UVB, and UVA. Because UVC is completely absorbed by the atmosphere, UVB and UVA are the main concern while out in the sun. UVA rays account for 95% of UV radiation that penetrates the Earth’s surface since the ozone is not able to deflect these wavelengths.  While UVB only accounts for a small percentage of UV radiation, it is the primary cause of skin redness and burning. UVB intensity has a higher variance, which is dependent on the time of day and location; their most powerful rays are typically seen between 10:00 AM-4:00 PM from April-October in the USA. Most think those nasty sunburns that appear once leaving the beach are short term, and then turn into a great tan. However, wanting to be sun kissed in the summer comes with some serious consequences.

Overexposure to UV radiation has both short and long-term effects that can be hazardous to one’s health. In the most obvious form, sunburns are a direct result of overexposure. This can cause skin to age prematurely and create rough, leathery sunspots. A common skin disorder that can be developed is Actinic Kerasotes, which results in skin growths on areas exposed to the sun.  Additionally, constant overexposure can lead to more serious consequences in the long run. Skin cancer is a major diagnosis that more Americans contract every year. Non-melanoma skin cancers are far less deadly and controlled when action is taken quickly.  Basal cell carcinomas are tumors that are the most common long-term effect of sun exposure. Because of the slow, contained growth, it can be treated fairly easily if it found early. Squamous cell carcinomas are other tumors, which evolve into larger masses and spread more quickly throughout the body. Melanoma is the most serious form and accounts for 75% of deaths related to skin cancer. It has been found that five or more consecutive sunburns double your risk.

In addition to physical sun damage, UV radiation can also do damage internally. UV light suppresses the immune system, which can lead to a variety of dangerous outcomes. Dehydration is a common result of excessive sunlight, which can lead to a heat stroke in extreme scenarios. When the body is not being replenished with fluids, we are unable to regulate our body temperature effectively. A heat stroke can occur when our bodies allow heat to build up to dangerous levels. A person may experience a variety of symptoms including: dizziness, disorientation, dry skin, or seizure, and should seek help immediately.

Dangers in the Water

While the sun poses a major threat while being at the beach this summer, there are many hazards that lie within the ocean beyond.  Tides and currents are fun for surfing and body boarding but can lead to catastrophic events. Rip currents are created at most surf beaches and can be a serious danger to someone who is unprepared or unfamiliar. These occur when breaking waves push large amounts of water to the shore while the surf zone is trying to push water to the sea. A current is created that is dangerous, and often fatal, to swimmers because it pulls people away from the shore. National Weather Service explains how wave strength can increase within minutes and causes wave instability and generally occurs 20-100 feet along the shoreline.

Marine life can also be a major concern when taking a quick swim on your day at the beach. A variety of sea animals live in the shallow shores of the sea, where most swimmers venture to. For example, there are over 2,000 species of jellyfish and many live close to the shoreline.  Jellyfish strength is determined by their size of their tentacles and has different affects on people. Other common animals seen include: sharks, stingrays, crabs, and turtles. Often these animals are not aggressive, unless they are feeling attacked.

Although there are many hazards associated with radiation from the sun, it is still easy to have fun on the beach this summer and stay safe. There are many protocols we can take to protect our bodies from these sun effects. Sunscreen should become a best friend while at the beach and should be applied multiple times during the day. Sunscreens are ranked by SPF, which indicates the strength of the sunscreen. For example, a sunscreen with SPF 50 is able to filter 98% of UV light for a given amount of time. Sunscreens with a lower SPF will filter less UV light, so while you might be looking to have a great tan, protecting your skin is far more important.  Applying sunscreen consistently throughout the day can be a life savor, but most people aren’t aware of the most effective ingredients to look for when choosing a sunscreen. Protecting our skin from both UVA and UVB rays is extremely important, and there are certain ingredients to look for that have both filters. Common chemical absorbers include: dioxybenzone, oxybenzone, sulisobenzone, so finding sunscreens with these will be most effective. Additionally, searching for sunscreens that are water resistant will be far more effective while in the water.

No one wants to cover up in the sun, but protecting your face from further skin or eye damage is extremely important. Wearing a hat or sunglasses can block the light from your face and creates additional blockage aside from sunscreen. Any additional shirts or jackets will go a long way with protecting your skin, but isn’t necessarily the ultimate guard. The fabric type, color, and thickness of the clothing will determine the protection of your skin.

Knowing how to take precaution while in the water can be life saving, and doing your research is key. Before packing your bags to the beach, it is important to always look into the current weather conditions at the destination. Higher winds or precipitation will drastically affect waves’ tides and the water’s current. Once you have arrived at the beach, warning flags will play a vital part in understanding what you are getting into. High hazard flags, usually dictated by a red or orang color, warn against getting into the water because of strong currents. Unless you are trained in these conditions, it is not recommended to get in the water during these alerts. When rip currents occur, it is vital to remain calm and swim parallel to the shore until you have surpassed the current. Often, people try to swim back to shore, which can lead to drowning due to the current’s power. 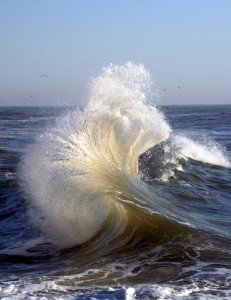 The buddy system is a golden rule at the beach, meaning you should never go for a quick swim alone. Accidents happen all of the time, and doing your research does not eliminate any mishaps; therefore, always stay in close proximity with someone. Also, always be aware of the lifeguard tower locations, and strategically set your grounds up near one. Lifeguards are trained swimmers that have experience with disastrous events in the water, so take advantage of their abilities. Typically, lifeguards are on duty until 6:00 PM, so try to plan your stay around their hours.

Next post Is your home making you sick? A guide to biological pollutants in your house